The Princess Bride, one of my favorite movies of all time, contains a wealth of sardonic quotes that appeal to my dry sense of humor. In one scene, the character, Vizzini has discovered that, once again, something he believed could not happen has, in fact, happened.

“Inconceivable!”says Vizzini (for the third or forth time).

Words are to leadership what a paintbrush is to an artist – they help create the picture you want your team transform into reality. Used well, they are one of the most powerful tools in your toolbox, so it is worth asking, “Do the words I say mean what I think they mean?” Consider these old favorites.

This word is one of my personal pet peeves, and its cousin, honesty, is not far behind. Who isn’t (at least publicly) for integrity or honesty? Yet, so many companies and leaders use these words in value statements while making decisions that seem to be less than honest that it has become one of the biggest corporate clichés. I wonder if they mean, “don’t do anything that will get us in trouble – or at least make sure we don’t get caught!” What do you mean by integrity? The definition I use for our company is to imagine every decision and practice publicized on the jumbotron in Times Square in foot-high letters for all to see. Will we shudder or smile?

In leadership workshops and coaching sessions, we are frequently asked, “how do I get people to take initiative?” Initiative means, “go ahead and act or at least take the first step without waiting for permission.”1 Man, is it great when someone takes the initiative and gets it right; but what happens when someone takes initiative and gets it wrong? Yes, it’s important to hold each other accountable for commitments and essential to help identify weak spots in a product or process, but we rarely do these things in a spirit of helpfulness and collegiality. Rather, we say things like, “that won’t work,” “you’re overstepping,” “why would you do it that way?” or “you’ve completely missed the point here.” It only takes one excessive reprimand or sarcastic comment to shut down initiative in an entire culture. Do you really mean “initiative” when you use it? If so, be prepared to praise the attempt and go gentle on the criticism. One helpful hint — when someone brings point out the positives in a process, theory, project and ask the individual to be a devil’s advocate for his or her own approach. It’s amazing what people will find under their own initiative.

Suppose I come up to you in the break room and ask, “John, can I give you some feedback?” I’ll bet you set down your coffee cup in anticipation of the complimentary words I’m about to bestow! NOT! Since when did, “feedback,” become a synonym for, “criticism that I’m going to pretend is helpful and will make you feel inspired to change and improve?” Here’s a challenge for you – for one week make it a point to provide genuine but purely positive “feedback” to your team. In addition to surprising them (and potentially freaking them out a bit) you may find that performance improves as a result of your feedback. Can you say, “virtuous cycle?”

Integrity. Initiative. Feedback. Leadership improves in direct proportion to the ability to make these words mean, in your organization, what you think they should mean. I won’t lie to you – it takes work, patience and a little courage, but it’s just possible that it will be worth it.

The Inside Threat: Combatting Workplace Violence

Onboarding is Not Orientation 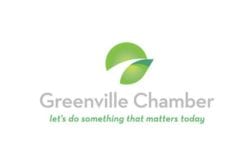 THA/Instant HR in the news! 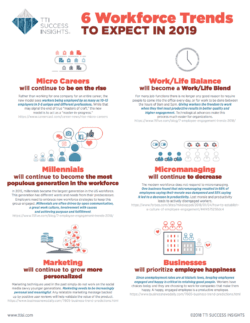